For the list of top articles see Recommended Links section

The psychological term "Gaslighting" comes from a 1944 Hollywood classic movie called Gaslight. Gaslighting describes the abuse employed by a narcissist to instil in their victim's mind, an extreme anxiety and confusion to the extent where they no longer have faith in their own powers of logic, reason and judgement. These gaslighting techniques were adopted by central intelligence agencies in the US and Europe as part of their psychological warfare methods, used primarily during torture or interrogation.

Gaslighting as an abuser's modus operandi, involves, specifically, the withholding of factual information and its replacement with false or fictional information designed to confuse and disorientate. This subtle and Machiavellian process eventually undermines the mental stability of its victims reducing them to such a depth of insecurity and identity crisis that they become entirely dependent upon their abuser for their sense of reality and even identity.

Gaslighting involves a step by step psychological process to manipulate and destabilize its victim. It is built up over time and consists of repetitive information feeds that enter the victim's subconscious over a period of time, until it is fully registered on the subconscious "hard disk" and cannot be overridden by the conscious floppy disk. Put more simply, it is brainwashing.

" Overall, the main reason for gaslighting is to create a dynamic where the abuser has complete control over their victim so that they are so weak that they are very easy to manipulate." ~ Alex Myles 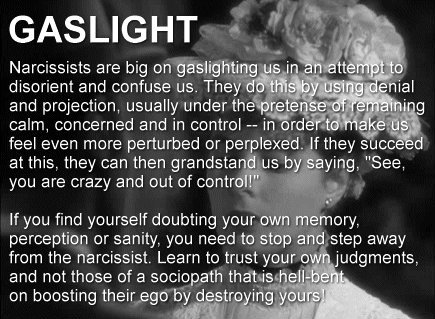 We are currently seeing the transformation of US exceptionalism into an abusive Narcissism .

Working with your lawyer while going through a divorce can be aggravating at times. While you want to get everything over and done with as quickly as possible, it can seem like it is taking forever. Sometimes this is due to the legal process, and other times it may be due to an over-booked lawyer. So how do you know if your lawyer is really working for you or not? And what can you do if your lawyer isn't handling everything properly? Keep reading to find out the answers to these questions and more.


Delays and Dragging the Divorce Out


Proceeding without a Lawyer