People need to get out more. See beyond your own little niche.

There is a concept that fascinates me: cognitive capture. In my crude layman's terms this means that the environment you live and work in all day becomes your frame of reference for all reality. Like happens with ITSM and ITIL. Those who want to constrain use of ITIL need to get out more.

I joked about it long ago with "a Swiss bank account".

E.g. Vendors who only get to talk with Fortune 500 clients think everybody has bottomless resources and that a CMDB benefits everyone. As consultants who only talk to clients rich enough to talk to, consultants get an equally distorted view of the world. People who only talk to broken sites think most sites are broken.

Me, I'm sure I'm as biased by my own environment, although I am aware of the effect and I work hard not to be, by reading and communicating widely, and hopefully in an open-minded way (Quiet in the back row! I think I'm open-minded. If one is too open-minded your brain falls out - another effect I avoid). The biggest sites in New Zealand have 10,000-15,000 users. It's small. I think the mix of my personal consulting experience here in NZ with the content I consume from overseas helps me get some balance.

A closely related phenomenon is confirmation bias: hearing only that which confirms your own preconceptions.

...your apparent misunderstanding of 'fair use' of copyright material. 'Fair use' where it exists at all, is basically for the purposes of 'criticism and review'. It is not there to allow "quoting reasonable portions of text" to produce competing products to the original which appears to be what you are asking Axelos for. So it is OK to quote a piece of ITIL to point out its flaws or good points as part of a wider work, but just copying "reasonable portions" to produce something that has the IP of ITIL at its heart isn't ok.

it doesn't look good for we consultants... Imagine you are a freelance consultant like me, offering independent advice... I defy you to read this and come away confident you even know what the requirements are for a consultant. Software vendor or book writer? Yes. Consultant? Dunno...
Can you address the following questions for me as it is unclear under exactly what circumstances a licence is required to use ITIL.
1) I assume that normal conditions of copyright fair use apply. Is that correct? In other words, quoting reasonable portions of text is permitted with attribution as it is for any copyright work.

I'd have thought that made it pretty damn clear I'm talking about consultants and not content-writers competing with Axelos. Matthew seems to me to be suffering from cognitive capture: I'm guessing he works in some way related to content-creation more than content-use.

There are two million certified ITIL users. There are hundreds of thousands (millions?) of IT consultants. There are a couple of dozen content-producing firms who might conceivably want to rip off ITIL. For the vast majority of ITIL users, ITIL is a tool they use in passing as part of their day job. It isn't their world. It doesn't consume their waking hours. They don't think much about it and they certainly don't write about it. They just want to get the job done without some officious meddler in the UK getting in the way. 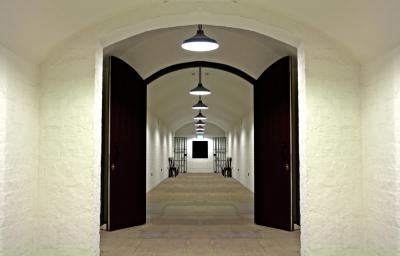 Say I want to consult to a client about how to create an operating model for a new service, and as part of my advice I want to write a report that says "ITIL's guidance on this says .... but in this case I think you need to adapt it so that .... and therefore I recommend ...." That's fair use, Matthew. But as I understand it I need a license from Axelos to say it. It's even possible the document needs several months of approval review - depending on how you interpret the opaque rules.

As I said in a comment on the orginal post, it's like the publishers of books of metallurgical advice trying to say who should be an engineer. The registration of engineers is a local issue for each country, and the selection of engineers is an act of due diligence by their clients. Those clients may well want an engineer to have a certificate of metallurgy if they're building a bridge... or not. It is certainly none of the business of a publishing house in Britain to try to restrict who can and can't use their books.

(BTW Matthew, copyright "fair use" or "fair dealing" is not limited to criticism and review. It's not about the use; it is about the intent. To claim fair use, one has to show that the use contributes to an enrichment of the public, adds value to the original work, and doesn't act to supercede the original product. )

Let's consider content creators too. I may even want to write a book that says "Here's what ITIL says about Change Management... Whereas DevOps thinks that...". I DEFINITELY can't do that without crawling up the backside of the ITIL bureaucracy. Unless I invoke "fair use".

The more that ITIL gets written about and discussed - brilliantly and badly - the more its use will grow. The number of "authors" who will slap a new title on an ITIL book is tiny, and frankly who cares if they do? They'll get called out and shamed in the online community. They won't suddenly displace ITIL. And they can be nailed under copyright law for not attributing their source.

So before you get in a paranoid tizzy about mis-use of ITIL, get out a bit more and understand what real use of ITIL looks like and what 99% of people want to use ITIL for. We're trying to get a job done, and by doing it we will advance ITIL and ITSM.